Aaron Thibeaux "T-Bone" Walker (May 28, 1910 – March 16, 1975) was an American blues guitarist, singer, songwriter and multi-instrumentalist, who was a pioneer and innovator of the jump blues and electric blues sound. In 2018 Rolling Stone magazine ranked him number 37 on its list of "The 100 Greatest Guitarists of All Time".

Walker was born in Linden, Texas, of African-American and Cherokee descent. His parents, Movelia Jimerson and Rance Walker, were both musicians. His stepfather, Marco Washington, taught him to play the guitar, ukulele, banjo, violin, mandolin, and piano.

He began his career as a teenager in Dallas in the 1920s. His mother and stepfather (a member of the Dallas String Band) were musicians, and Blind Lemon Jefferson, a family friend, sometimes came over for dinner. Walker left school at the age of 10, and by 15 he was a professional performer on the blues circuit. Initially, he was Jefferson's protégé and would guide him around town for his gigs. In 1929, Walker made his recording debut with Columbia Records, billed as Oak Cliff T-Bone, releasing the single "Wichita Falls Blues" backed with "Trinity River Blues". Oak Cliff is the community in which he lived at the time, and T-Bone is a corruption of his middle name. The pianist Douglas Fernell played accompaniment on the record.

Walker married Vida Lee in 1935; the couple had three children. By the age of 25, T-Bone was working in clubs on Central Avenue, in Los Angeles, sometimes as the featured singer and as guitarist with Les Hite's orchestra. In 1940 he recorded with Hite for the Varsity label, but he was featured only as a singer.

In 1942, Charlie Glenn, the owner of the Rhumboogie Café, brought T-Bone Walker to Chicago for long-time stints in his club. In 1944 and 1945, Walker recorded for the Rhumboogie label, which was tied to the club, backed up by Marl Young's orchestra.

T-Bone performed at the second famed Cavalcade of Jazz concert held at Wrigley Field in Los Angeles produced by Leon Hefflin Sr. on October 12, 1946. Jack McVea, Slim Gaillard, The Honeydrippers, Lionel Hampton and his Orchestra, and Louis Armstrong were all on the same program. He also performed for the third Cavalcade of Jazz concert held in the same location on September 7, 1947 along with Woody Herman as Emcee, The Valdez Orchestra, The Blenders, The Honeydrippers, Slim Gaillard, Johnny Otis and his Orchestra, Toni Harper, The 3 Blazers and Sarah Vaughn.

Throughout his career Walker worked with top-notch musicians, including the trumpeter Teddy Buckner, the pianist Lloyd Glenn, the bassist Billy Hadnott, and the tenor saxophonist Jack McVea.

He recorded from 1950 to 1954 for Imperial Records (backed by Dave Bartholomew). Walker's only record in the next five years was T-Bone Blues, recorded during three widely separated sessions in 1955, 1956 and 1959 and released by Atlantic Records in 1959.

By the early 1960s, Walker's career had slowed down, in spite of an energetic performance at the American Folk Blues Festival in 1962 with the pianist Memphis Slim and the prolific writer and musician Willie Dixon, among others. However, several critically acclaimed albums followed, such as I Want a Little Girl (recorded for Delmark Records in 1968). Walker recorded in his last years, from 1968 to 1975, for Robin Hemingway's music publishing company, Jitney Jane Songs. While signed with Polydor Records, he won a Grammy Award for Best Ethnic or Traditional Folk Recording in 1971 for Good Feelin', produced by Hemingway, followed by another album produced by Hemingway, Fly Walker Airlines, released in 1973.

Walker's career began to wind down after he suffered a stroke in 1974. He died of bronchial pneumonia following another stroke in March 1975, at the age of 64.1 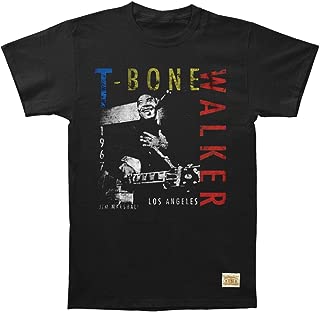 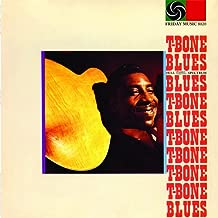 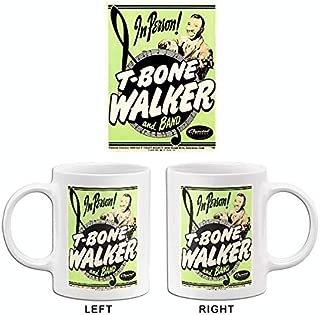 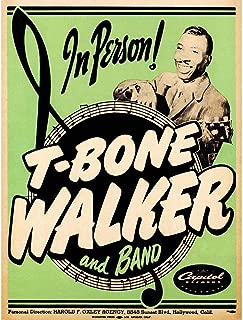 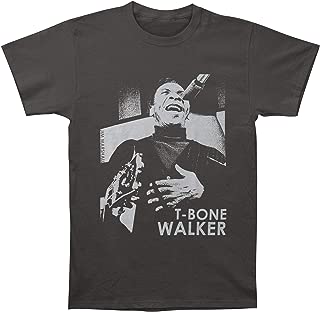 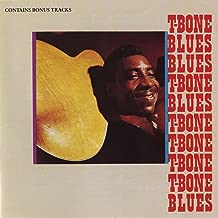