McKinley Morganfield (April 4, 1913 – April 30, 1983), known professionally as Muddy Waters, was an American blues singer-songwriter and musician who is often cited as the "father of modern Chicago blues". His style of playing has been described as "raining down Delta beatitude".

Muddy Waters grew up on Stovall Plantation near Clarksdale, Mississippi, and by age 17 was playing the guitar and the harmonica, emulating the local blues artists Son House and Robert Johnson. He was recorded in Mississippi by Alan Lomax for the Library of Congress in 1941. In 1943, he moved to Chicago to become a full-time professional musician. In 1946, he recorded his first records for Columbia Records and then for Aristocrat Records, a newly formed label run by the brothers Leonard and Phil Chess.

In the early 1950s, Muddy Waters and his band — Little Walter Jacobs on harmonica, Jimmy Rogers on guitar, Elga Edmonds (also known as Elgin Evans) on drums and Otis Spann on piano — recorded several blues classics, some with the bassist and songwriter Willie Dixon. These songs included "Hoochie Coochie Man", "I Just Want to Make Love to You" and "I'm Ready". In 1958, he traveled to England, laying the foundations of the resurgence of interest in the blues there. His performance at the Newport Jazz Festival in 1960 was recorded and released as his first live album, At Newport 1960.

It was his grandmother, Della Grant, who raised him after his mother died shortly after his birth. Grant gave him the nickname "Muddy" at an early age because he loved to play in the muddy water of nearby Deer Creek. "Waters" was added years later, as he began to play harmonica and perform locally in his early teens. The remains of the cabin on Stovall Plantation where he lived in his youth are now at the Delta Blues Museum in Clarksdale, Mississippi.

He had his first introduction to music in church: "I used to belong to church. I was a good Baptist, singing in the church. So I got all of my good moaning and trembling going on for me right out of church," he recalled. By the time he was 17, he had purchased his first guitar. "I sold the last horse that we had. Made about fifteen dollars for him, gave my grandmother seven dollars and fifty cents, I kept seven-fifty and paid about two-fifty for that guitar. It was a Stella. The people ordered them from Sears-Roebuck in Chicago." He started playing his songs in joints near his hometown, mostly on a plantation owned by Colonel William Howard Stovall.

In August 1941, Alan Lomax went to Stovall, Mississippi, on behalf of the Library of Congress to record various country blues musicians. "He brought his stuff down and recorded me right in my house," Muddy recalled for Rolling Stone magazine, "and when he played back the first song I sounded just like anybody's records. Man, you don't know how I felt that Saturday afternoon when I heard that voice and it was my own voice. Later on he sent me two copies of the pressing and a check for twenty bucks, and I carried that record up to the corner and put it on the jukebox. Just played it and played it and said, 'I can do it, I can do it.'" Lomax came back in July 1942 to record him again. Both sessions were eventually released by Testament Records as Down on Stovall's Plantation. The complete recordings were reissued by Chess Records on CD as Muddy Waters: The Complete Plantation Recordings. The Historic 1941–42 Library of Congress Field Recordings in 1993 and remastered in 1997.

In 1943, Muddy Waters headed to Chicago with the hope of becoming a full-time professional musician. He later recalled arriving in Chicago as the single most momentous event in his life. He lived with a relative for a short period while driving a truck and working in a factory by day and performing at night. Big Bill Broonzy, then one of the leading bluesmen in Chicago, had Muddy Waters open his shows in the rowdy clubs where Broonzy played. This gave Muddy Waters the opportunity to play in front of a large audience. In 1944, he bought his first electric guitar and then formed his first electric combo. He felt obliged to electrify his sound in Chicago because, he said, "When I went into the clubs, the first thing I wanted was an amplifier. Couldn't nobody hear you with an acoustic." His sound reflected the optimism of postwar African Americans. Willie Dixon said that "There was quite a few people around singing the blues but most of them was singing all sad blues. Muddy was giving his blues a little pep."

Three years later, in 1946, he recorded some songs for Mayo Williams at Columbia Records, with an old-fashioned combo consisting of clarinet, saxophone and piano; they were released a year later with Ivan Ballen's Philadelphia-based 20th Century label, billed as James "Sweet Lucy" Carter and his Orchestra - Muddy Waters' name was not mentioned on the label. Later that year, he began recording for Aristocrat Records, a newly formed label run by the brothers Leonard and Phil Chess. In 1947, he played guitar with Sunnyland Slim on piano on the cuts "Gypsy Woman" and "Little Anna Mae". These were also shelved, but in 1948, "I Can't Be Satisfied" and "I Feel Like Going Home" became hits, and his popularity in clubs began to take off. Soon after, Aristocrat changed its name to Chess Records. Muddy Waters's signature tune "Rollin' Stone" also became a hit that year.

Initially, the Chess brothers would not allow Muddy Waters to use his working band in the recording studio; instead, he was provided with a backing bass by Ernest "Big" Crawford or by musicians assembled specifically for the recording session, including "Baby Face" Leroy Foster and Johnny Jones. Gradually, Chess relented, and by September 1953 he was recording with one of the most acclaimed blues groups in history: Little Walter Jacobs on harmonica, Jimmy Rogers on guitar, Elga Edmonds (also known as Elgin Evans) on drums, and Otis Spann on piano. The band recorded a series of blues classics during the early 1950s, some with the help of the bassist and songwriter Willie Dixon, including "Hoochie Coochie Man", "I Just Want to Make Love to You", and "I'm Ready."1 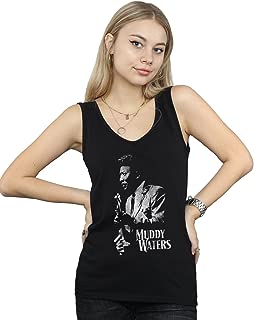 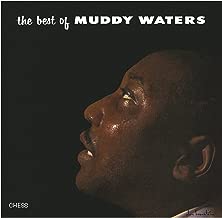 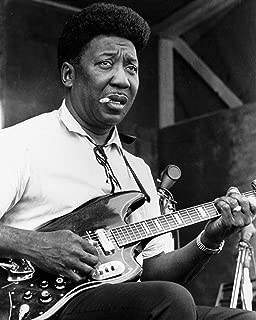 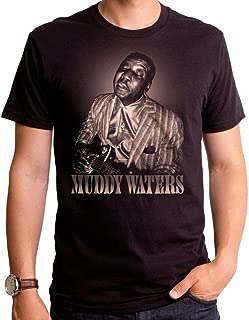 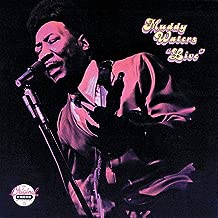