Marion Walter Jacobs (May 1, 1930 – February 15, 1968), known as Little Walter, was an American blues musician, singer, and songwriter, whose revolutionary approach to the harmonica and impact on succeeding generations has earned him comparisons to such seminal artists as Django Reinhardt, Charlie Parker and Jimi Hendrix. His virtuosity and musical innovations fundamentally altered many listeners' expectations of what was possible on blues harmonica. He was inducted into The Rock and Roll Hall of Fame in 2008, the first artist and to date, only one to be inducted specifically as a harmonica player.

Jacobs' date of birth is usually given as May 1, 1930, in Marksville, Louisiana. He was born without a birth certificate and when he applied for a Social Security card in 1940, his birthdate was listed as May 1, 1923 (over the years he often gave different years, but May 1 was constant. In some other documents he filled out before reaching the age of majority he indicated birth years of 1925 and 1928, probably to appear to be of legal age to sign contracts for recordings and club work. After reaching the age of majority based on a birth year of 1930, he consistently gave his birth year as 1930). He was raised in Rapides Parish, Louisiana, where he learned to play the harmonica. He quit school and by the age of 12 had left rural Louisiana and travelled, working odd jobs and busking on the streets of New Orleans, Memphis, Helena and West Helena, Arkansas, and St. Louis. He honed his musical skills on harmonica and guitar, performing with older bluesmen including Sonny Boy Williamson II, Sunnyland Slim, Honeyboy Edwards, and others.

Arriving in Chicago in 1945, he occasionally found work as a guitarist but garnered more attention for his already highly developed harmonica playing. According to Chicago bluesman Floyd Jones, Little Walter's first recording was an unreleased demo recorded soon after he arrived in Chicago, on which Walter played guitar backing Jones. Jacobs, reportedly frustrated with having his harmonica drowned out by electric guitars, adopted a simple but previously little-used method: He cupped a small microphone in his hands along with his harmonica and plugged the microphone into a public address system or guitar amplifier. He could thus compete with any guitarist's volume. However, unlike other contemporary blues harp players, such as Sonny Boy Williamson I and Snooky Pryor, who like many other harmonica players had also begun using the newly available amplifier technology around the same time solely for added volume, Little Walter purposely pushed his amplifiers beyond their intended technical limitations, using the amplification to explore and develop radical new timbres and sonic effects previously unheard from a harmonica or any other instrument. In a short biographical note on Little Walter, Madison Deniro wrote that he was "the first musician of any kind to purposely use electronic distortion."

Little Walter Jacobs made his first released recordings in 1947 for Bernard Abrams's tiny Ora-Nelle label, which operated out of the back room of Abrams's Maxwell Radio and Records store in the heart of the Maxwell Street district in Chicago. These and several other of his early recordings, like many blues harp recordings of the era, owed a strong stylistic debt to the pioneering blues harmonica player Sonny Boy Williamson I (John Lee Williamson). Little Walter joined Muddy Waters's band in 1948, and by 1950 he was playing acoustic (unamplified) harmonica on Waters's recordings for Chess Records. The first appearance on record of Little Walter's amplified harmonica was on Waters's "Country Boy" (Chess 1952), recorded on July 11, 1951. For years after his departure from Waters's band in 1952, Chess continued to hire him to play on Waters's recording sessions, and as a result his harmonica is featured on most of Waters's classic recordings from the 1950s. As a guitarist, Little Walter recorded three songs for the small Parkway label with Waters and Baby Face Leroy Foster (reissued on CD by Delmark Records as "The Blues World of Little Walter" in 1993) and on a session for Chess backing pianist Eddie Ware. His guitar playing was also featured occasionally on early Chess sessions with Waters and Jimmy Rogers.

In January 1952, talent scout Ike Turner tried to get Jacobs to record for Modern Records while in Helena, but Jacobs was on his way to Mississippi. They played together in Clarksdale.

Jacobs had put his career as a bandleader on hold when he joined Waters's band, but he stepped out front again when he recorded as a bandleader for Chess's subsidiary label Checker Records on May 12, 1952. The first completed take of the first song attempted at his debut session became his first number one hit, spending eight weeks at the top of the Billboard R&B chart. The song was "Juke", and it is still the only harmonica instrumental ever to be a number-one hit on the Billboard R&B chart. The original title of the track file was "Your Cat Will Play", but was renamed at Leonard Chess's suggestion. (Three other harmonica instrumentals by Little Walter also reached the Billboard R&B top 10: "Off the Wall" reached number eight, "Roller Coaster" reached number six, and "Sad Hours" reached number two while "Juke" was still on the charts.) "Juke" was the biggest hit to date for any artist on Chess and its affiliated labels and one of the biggest national R&B hits of 1952, securing Walter's position on the Chess artist roster for the next decade.

Jacobs had fourteen top-ten hits on the Billboard R&B charts between 1952 and 1958, including two number-one hits (the second being "My Babe" in 1955), a level of commercial success never achieved by Waters or by his fellow Chess blues artists Howlin' Wolf and Sonny Boy Williamson II. Following the pattern of "Juke", most of Little Walter's singles released in the 1950s featured a vocal performance on one side and a harmonica instrumental on the other. Many of Walter's vocal numbers were written by him or Chess A&R man Willie Dixon or adapted from earlier blues themes. In general, his sound was more modern and up-tempo than the popular Chicago blues of the day, with a jazzier conception and rhythmically less rigid approach than that of other contemporary blues harmonica players.

Little Walter suffered from alcoholism and had a notoriously short temper, which in late 1950s led to violent altercations, minor scrapes with the law, and increasingly irresponsible behavior. This led to a decline in his fame and fortunes, beginning in the late 1950s. Nonetheless he toured Europe twice, in 1964 and 1967 (the long-circulated story that he toured the United Kingdom with the Rolling Stones in 1964 has been refuted by Keith Richards). Not surprisingly, Jacobs died as a result of injuries he sustained during a fight at a Chicago bar.1 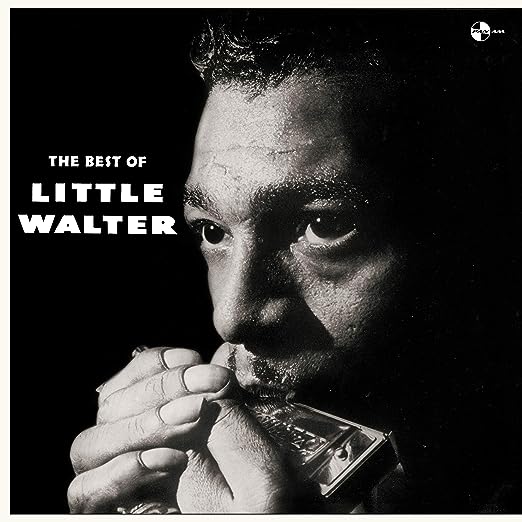 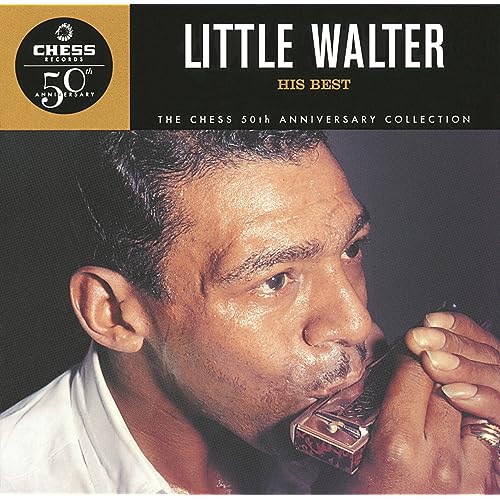