Huddie William Ledbetter (January 20, 1888 – December 6, 1949), better known by the stage name Lead Belly, was an American folk and blues singer, musician and songwriter notable for his strong vocals, virtuosity on the twelve-string guitar, and the folk standards he introduced, including his renditions of "Goodnight, Irene", "Midnight Special", "Cotton Fields", and "Boll Weevil".

Lead Belly usually played a twelve-string guitar, but he also played the piano, mandolin, harmonica, violin, and windjammer. In some of his recordings, he sang while clapping his hands or stomping his foot.

Lead Belly's songs covered a wide range of genres and topics including gospel music; blues about women, liquor, prison life, and racism; and folk songs about cowboys, prison, work, sailors, cattle herding, and dancing. He also wrote songs about people in the news, such as Franklin D. Roosevelt, Adolf Hitler, Jean Harlow, Jack Johnson, the Scottsboro Boys and Howard Hughes. Lead Belly was posthumously inducted into the Rock and Roll Hall of Fame in 1988 and the Louisiana Music Hall of Fame in 2008.

Though many releases credit him as "Leadbelly", he himself wrote it as "Lead Belly", which is also the spelling on his tombstone and the spelling used by the Lead Belly Foundation.

The younger of two children, Lead Belly was born Huddie William Ledbetter to Sallie Brown and Wesley Ledbetter on a plantation near Mooringsport, Louisiana, on January 20, 1888. His parents had cohabited for several years, but they legally married on February 26, 1888. When Huddie was five years old, the family settled in Bowie County, Texas.

The 1910 census of Harrison County, Texas, shows "Hudy Ledbetter" living next door to his parents with his first wife, Aletha "Lethe" Henderson. Aletha is registered as age 19 and married one year. Others say she was 15 when they married in 1908. It was in Texas that Ledbetter received his first instrument, an accordion, from his uncle Terrell. By his early twenties, having fathered at least two children, Ledbetter left home to make his living as a guitarist and occasional laborer.

Between 1915 and 1939, Ledbetter served several prison and jail terms for a variety of criminal charges, including killing a relative in a fight, attempted murder and carrying a pistol. In 1934, when Lead Belly was released from one of his last incarcerations, the United States was deep in the Great Depression, and jobs were very scarce. In September of that year, in need of regular work in order to avoid cancellation of his release from prison, Lead Belly asked John Lomax to take him on as a driver. For three months, he assisted the 67-year-old in his folk song collecting around the South. Alan Lomax, his son, was ill and did not accompany him on this trip.

By 1903, Huddie was already a "musicianer", a singer and guitarist of some note. He performed for nearby Shreveport audiences in St. Paul's Bottoms, a notorious red-light district there. He began to develop his own style of music after exposure to various musical influences on Shreveport's Fannin Street, a row of saloons, brothels, and dance halls in the Bottoms, now referred to as Ledbetter Heights. While in prison, Lead Belly may have first heard the traditional prison song "Midnight Special". That's where folklorists John Lomax and his son Alan Lomax first "discovered" him.

Deeply impressed by Ledbetter's vibrant tenor and extensive repertoire, the Lomaxes recorded him in 1933 on portable aluminum disc recording equipment for the Library of Congress. They returned with new and better equipment in July 1934, recording hundreds of his songs. On August 1, Ledbetter was released after having again served nearly all of his minimum sentence, following a petition the Lomaxes had taken to Louisiana Governor Oscar K. Allen at his urgent request. It was on the other side of a recording of his signature song, "Goodnight Irene".

A prison official later wrote to John Lomax denying that Ledbetter's singing had anything to do with his release from Angola (state prison records confirm he was eligible for early release due to good behavior). However, both Ledbetter and the Lomaxes believed that the record they had taken to the governor had hastened his release.

In 1939, Lead Belly returned to prison. Alan Lomax, then 24, took him under his wing and helped raise money for his legal expenses, dropping out of graduate school to do so. After his release (in 1940–41), Lead Belly appeared as a regular on Alan Lomax and Nicholas Ray's groundbreaking CBS radio show Back Where I Come From, broadcast nationwide. He also appeared in nightclubs with Josh White, becoming a fixture in New York City's surging folk music scene and befriending the likes of Sonny Terry, Brownie McGhee, Woody Guthrie, and a young Pete Seeger, all fellow performers on Back Where I Come From. During the first half of the decade, he recorded for RCA, the Library of Congress, and Moe Asch (future founder of Folkways Records) and in 1944 went to California, where he recorded strong sessions for Capitol Records. He lodged with a studio guitar player on Merrywood Drive in Laurel Canyon. Lead Belly was the first American country blues musician to achieve success in Europe.

In 1949, Lead Belly had a regular radio show, Folk Songs of America, broadcast on station WNYC in New York, on Henrietta Yurchenco's show on Sunday nights. Later in the year he began his first European tour with a trip to France, but fell ill before its completion and was diagnosed with amyotrophic lateral sclerosis (ALS), or Lou Gehrig's disease (a motor neuron disease). His final concert was at the University of Texas at Austin in a tribute to his former mentor, John Lomax, who had died the previous year. Martha, his wife, also performed at that concert, singing spirituals with her husband.

Lead Belly died later that year in New York City and was buried in the Shiloh Baptist Church cemetery, in Mooringsport, Louisiana, 8 miles west of Blanchard, in Caddo Parish. He is honored with a statue across from the Caddo Parish Courthouse, in Shreveport.1 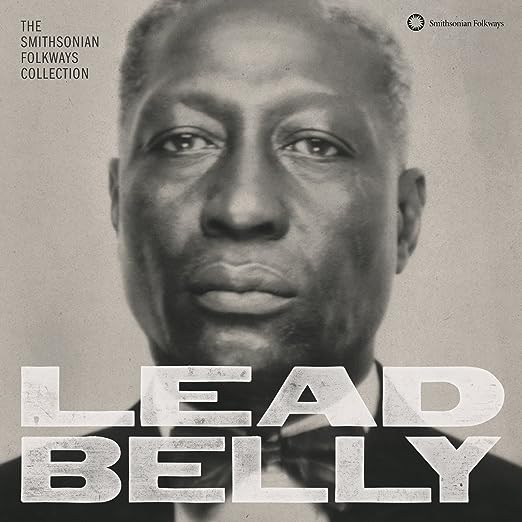 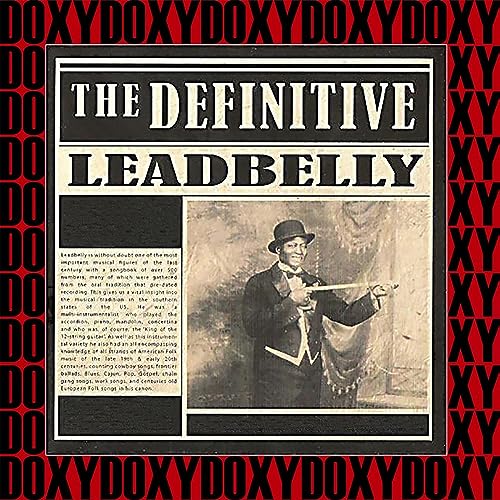