Pete Wentz, Joe Trohman, Patrick Stump and Andy Hurly, all veterans of Chicago's hardcore scene, began playing together in suburban Wilmette in 2001. Wentz had previously been the frontman for the disbanded hardcore band Arma Angelus. He and childhood friend Trohman began writing lyrics together. They were soon joined by vocalist Stump whose gritty yet melodic style was a perfect fit. After a couple hits and misses at drummer, they were eventually joined by former Racetraitor percussionist Hurly who they knew and had played with previously.

"Whenever I'm not doing interviews, I'm probably writing music and he's (Wentz) writing words, and at any given moment we're putting something together." ~ Patrick Stump In 2001, the group released a three-song demo that was enthusiastically received by Chicago area fans. In May of 2002, Fall Out Boy (FOB) teamed up with Project Rocket and released a split CD on the Uprising label. Their debut album, Fall Out Boy's Evening Out With Your Girlfriend, released on Uprising in 2003, contributed to their exploding popularity around Chicago and beyond. Producers from across the country were contesting for a piece of the action. Fueled by Ramen Records got the call.

In mid-2005, Fall Out Boy released their major label debut, From Under the Cork Tree (buy album

). The album was a major commercial success, debuting at No. 9 on the Billboard 200. It was the band's first top 10 effort and first album to land on the Billboard 200. From Under the Cork Tree spent 19 weeks in the top 20 out of a total of 77 chart weeks. The album's lead single, "Sugar, We're Goin Down" peaked at No. 8 on the Billboard Hot 100 and spent five weeks in the top 10. The track received heavy airplay at Pop and Alternative stations, and its MTV2 award-winning video enjoyed heavy rotation on TV music programs. In the UK, it also reached No. 8, and spent 21 weeks in the top 75. "Sugar, We're Goin Down" has sold over two million copies in the US and was certified Double Platinum by the Recording Industry Association of America , becoming the band's best-selling single to date. 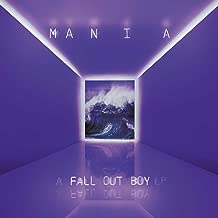 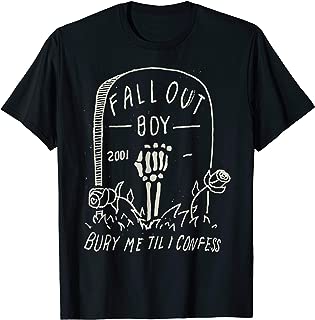 All Fall Out Boy Items >>

All Fall Out Boy Posters >> 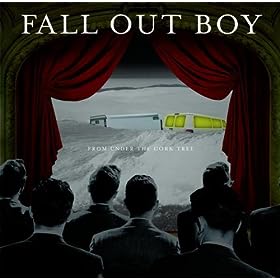 All Fall Out Boy Downloads >>