Patton (who was well educated by the standards of his time) spelled his name Charlie, but many sources, including record labels and his gravestone, use the spelling Charley.

Patton was born in Hinds County, Mississippi, near the town of Edwards, and lived most of his life in Sunflower County in the Mississippi Delta. Most sources say he was born in April 1891, but the years 1881, 1885 and 1887 have also been suggested. Patton's parentage and race also are uncertain. His parents were Bill and Annie Patton, but locally he was regarded as having been fathered by former slave Henderson Chatmon, several of whose children became popular Delta musicians as solo performers and as members of groups such as the Mississippi Sheiks. Biographer John Fahey described Patton as having "light skin and Caucasian features."

Patton was considered African-American, but because of his light complexion there has been much speculation about his ancestry over the years. One theory endorsed by blues musician Howlin' Wolf was that Patton was Mexican or Cherokee. It is now generally agreed that Patton was of mixed heritage with white, black, and Native ancestors. Some believe he had a Cherokee grandmother, however, it is also widely asserted by historians that he was between one-quarter and one-half Choctaw. In "Down the Dirt Road Blues", Patton sang of having gone to "the Nation" and "the Territo'" referring to the Cherokee Nation's portion of the Indian Territory (which became part of the state of Oklahoma in 1907), where a number of Black Indians tried unsuccessfully to claim a place on the tribal rolls and thereby obtain land.

In 1897, his family moved 100 miles north to the 10,000-acre Dockery Plantation, a cotton farm and sawmill near Ruleville, Mississippi. There, Patton developed his musical style influenced by Henry Sloan who had a new, unusual style of playing music which is now considered an early form of the blues. Patton performed at Dockery and nearby plantations and began an association with Willie Brown. Tommy Johnson, Fiddlin' Joe Martin, Robert Johnson, and Chester Burnett (who went on to gain fame in Chicago as Howlin' Wolf) also lived and performed in the area, and Patton served as a mentor to these younger performers. Robert Palmer described Patton as a "jack-of all-trades bluesman", who played "deep blues, white hillbilly songs, nineteenth-century ballads, and other varieties of black and white country dance music with equal facility". He was popular across the southern United States and performed annually in Chicago. In 1934, he performed in New York City. Unlike most blues musicians of his time, who were often itinerant performers, Patton played scheduled engagements at plantations and taverns. He gained popularity for his showmanship, sometimes playing with the guitar down on his knees, behind his head, or behind his back. He was a small man, about 5 feet 5 inches tall, but his gravelly voice was reputed to have been loud enough to carry 500 yards without amplification. That singing style particularly influenced Howlin' Wolf, even though Jimmie Rodgers, the "singing brakeman", has to be cited there primarily.

Patton settled in Holly Ridge, Mississippi, with his common-law wife and recording partner, Bertha Lee, in 1933. His relationship with Bertha Lee was a turbulent one. In early 1934, both of them were incarcerated in a Belzoni, Mississippi jailhouse after a particularly harsh fight. W. R. Calaway from Vocalion Records bailed the pair out of jail and escorted them to New York City for what would be Patton's final recording sessions (on January 30 and February 1). They later returned to Holly Ridge and Lee saw Patton out in his final days.

He died on the Heathman-Dedham plantation, near Indianola, on April 28, 1934, and is buried in Holly Ridge (both towns are located in Sunflower County). His death certificate states that he died of a mitral valve disorder. The death certificate does not mention Bertha Lee; the only informant listed is one Willie Calvin. Patton's death was not reported in the newspapers.

A memorial headstone was erected on Patton's grave (the location of which was identified by the cemetery caretaker, C. Howard, who claimed to have been present at the burial), paid for by musician John Fogerty through the Mt. Zion Memorial Fund in July 1990. The spelling of Patton's name was dictated by Jim O'Neal, who also composed the epitaph: The foremost performer of early Mississippi blues whose songs became cornerstones of American Music.1 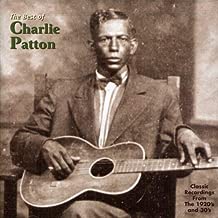 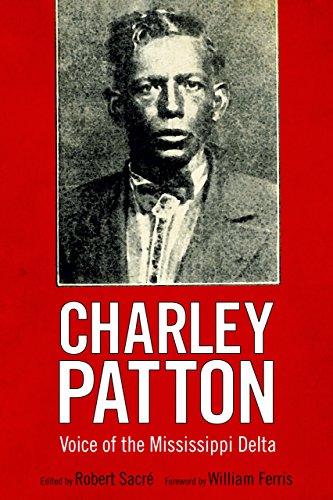 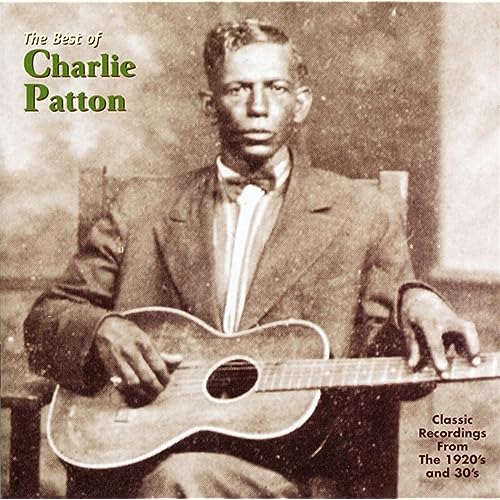