Riley B. King (September 16, 1925 – May 14, 2015), known professionally as B.B. King, was an American singer-songwriter, guitarist, and record producer. King introduced a sophisticated style of soloing based on fluid string bending and shimmering vibrato that influenced many later blues electric guitar players.

King was inducted into the Rock and Roll Hall of Fame in 1987, and is one of the most influential blues musicians of all time, earning the nickname "The King of the Blues", and is considered, along with Albert and Freddie King, one of the "Three Kings of the Blues Guitar." King performed tirelessly throughout his musical career, appearing on average at more than 200 concerts per year into his 70s. In 1956 alone, he appeared at 342 shows.

Riley B. King was born on September 16, 1925, on the Berclair cotton plantation near the town of Itta Bena, Mississippi, the son of sharecroppers Albert and Nora Ella King. He considered the nearby city of Indianola, Mississippi to be his home. When he was four years old, his mother left his father for another man, so he was raised by his maternal grandmother, Elnora Farr, in Kilmichael, Mississippi.

While young, King sang in the gospel choir at Elkhorn Baptist Church in Kilmichael. He was attracted to the Pentecostal Church of God in Christ because of its music. The local minister, who performed with a Sears Roebuck Silvertone guitar during services, taught King his first three chords. It seems that at the age of 12 he purchased his first guitar for $15.00, although another source indicates he was given his first guitar by Bukka White, his mother's first cousin (King's grandmother and White's mother were sisters).

In November 1941, "King Biscuit Time" first aired, broadcasting on KFFA in Helena, Arkansas. It was a radio show featuring the Mississippi Delta blues. King listened to it while on break at a plantation. A self-taught guitarist, he then wanted to become a radio musician.

In 1943, King left Kilmichael to work as a tractor driver and play guitar with the Famous St. John's Gospel Singers of Inverness, Mississippi. They performed at area churches and on WGRM in Greenwood, Mississippi.

In 1946, King followed Bukka White to Memphis, Tennessee. White took him in for the next ten months. However, King returned to Mississippi shortly afterward where he decided to prepare himself better for his next visit. He returned to West Memphis, Arkansas, two years later in 1948. Performing on Sonny Boy Williamson's radio program on KWEM in West Memphis, he began to develop an audience. King's appearances led to steady engagements at the Sixteenth Avenue Grill in West Memphis, and later to a ten-minute spot on Memphis radio station WDIA. The radio spot became so popular that it was expanded and became the Sepia Swing Club.

He worked at WDIA as a singer and disc jockey, where he was given the nickname "Beale Street Blues Boy", later shortened to "Blues Boy", and finally to B.B. It was there that he first met T-Bone Walker. King said, "Once I'd heard him for the first time, I knew I'd have to have one [an electric guitar] myself. 'Had' to have one, short of stealing!"

In the late 1940s and early 1950s, King was a part of the blues scene on Beale Street. "Beale Street was where it all started for me," King said. He performed with Bobby Bland, Johnny Ace and Earl Forest in a group called The Beale Streeters.

According to King and Joe Bihari, Ike Turner introduced King to the Bihari brothers while he was a talent scout at Modern Records. In 1949, King began recording songs under contract with Los Angeles-based RPM Records, a subsidiary of Modern. Many of King's early recordings were produced by Sam Phillips, who later founded Sun Records. Before his RPM contract, King had debuted on Bullet Records by issuing the single, "Miss Martha King" (1949), which did not chart well. "My very first recordings [in 1949] were for a company out of Nashville called Bullet, the Bullet Record Transcription company," King recalled. "I had horns that very first session. I had Phineas Newborn on piano; his father played drums, and his brother, Calvin, played guitar with me. I had Tuff Green on bass, Ben Branch on tenor sax, his brother, Thomas, on trumpet, and a lady trombone player. The Newborn family were the house band at the famous Plantation Inn in West Memphis."

King assembled his own band; the B.B. King Review, under the leadership of Millard Lee. The band initially consisted of Calvin Owens and Kenneth Sands (trumpet), Lawrence Burdin (alto saxophone), George Coleman (tenor saxophone), Floyd Newman (baritone saxophone), Millard Lee (piano), George Joyner (bass) and Earl Forest and Ted Curry (drums). Onzie Horne was a trained musician elicited as an arranger to assist King with his compositions. By his own admission, King could not play chords well and always relied on improvisation.

King's recording contract was followed by tours across the United States, with performances in major theaters in cities such as Washington, D.C., Chicago, Los Angeles, Detroit, and St. Louis, as well as numerous gigs in small clubs and juke joints of the southern United States. During one show in Twist, Arkansas, a brawl broke out between two men and caused a fire. He evacuated along with the rest of the crowd but went back to retrieve his guitar. He said he later found out that the two men were fighting over a woman named Lucille. He named the guitar Lucille, as a reminder not to fight over women or run into any more burning buildings.

Following his first Billboard Rhythm and Blues charted number one, "3 O'Clock Blues" (February 1952), B.B. King became one of the most important names in R&B music in the 1950s. He amassed an impressive list of hits including "You Know I Love You", "Woke Up This Morning", "Please Love Me", "When My Heart Beats like a Hammer", "Whole Lotta Love", "You Upset Me Baby", "Every Day I Have the Blues", "Sneakin' Around", "Ten Long Years", "Bad Luck", "Sweet Little Angel", "On My Word of Honor", and "Please Accept My Love". This led to a significant increase in his weekly earnings, from about $85 to $2,500, with appearances at major venues such like the Howard Theater in Washington and the Apollo in New York, as well as touring the "Chitlin' Circuit". 1956 became a record-breaking year, with 342 concerts booked and three recording sessions. That same year he founded his own record label, Blues Boys Kingdom, with headquarters at Beale Street in Memphis. There, among other projects, he was a producer for artists such as Millard Lee and Levi Seabury. In 1962, King signed to ABC-Paramount Records, which was later absorbed into MCA Records (which itself was later absorbed into Geffen Records). In November 1964, King recorded the Live at the Regal album at the Regal Theater. King later said that Regal Live "is considered by some the best recording I've ever had . . . that particular day in Chicago everything came together".

From the late 1960s, new manager Sid Seidenberg pushed King into a different type of venue as blues-rock performers like Eric Clapton (once a member of The Yardbirds, as well as Cream), and Paul Butterfield were popularizing an appreciation of blues music among white audiences. King gained further visibility among rock audiences as an opening act on the Rolling Stones' 1969 American Tour. He won a 1970 Grammy Award for his version of the song "The Thrill Is Gone;" which was a hit on both the Pop and R&B charts. It also gained the number 183 spot in Rolling Stone magazine's 500 Greatest Songs of All Time.

King was inducted into the Blues Hall of Fame in 1980, the Rock and Roll Hall of Fame in 1987, and the Official Rhythm & Blues Music Hall of Fame in 2014. In 2004, he was awarded the international Polar Music Prize, given to artists "in recognition of exceptional achievements in the creation and advancement of music."

From the 1980s to his death in 2015, he maintained a highly visible and active career, appearing on numerous television shows and sometimes performing 300 nights a year. In 1988, King reached a new generation of fans with the single "When Love Comes to Town," a collaborative effort between King and the Irish band U2 on their Rattle and Hum album. In December 1997, he performed in the Vatican's fifth annual Christmas concert and presented his trademark guitar "Lucille" to Pope John Paul II. In 1998, he appeared in The Blues Brothers 2000, playing the part of the lead singer of the Louisiana Gator Boys, along with Eric Clapton, Dr. John, Koko Taylor and Bo Diddley. In 2000, he and Clapton teamed up again to record Riding With the King, which won a Grammy Award for Best Traditional Blues Album. 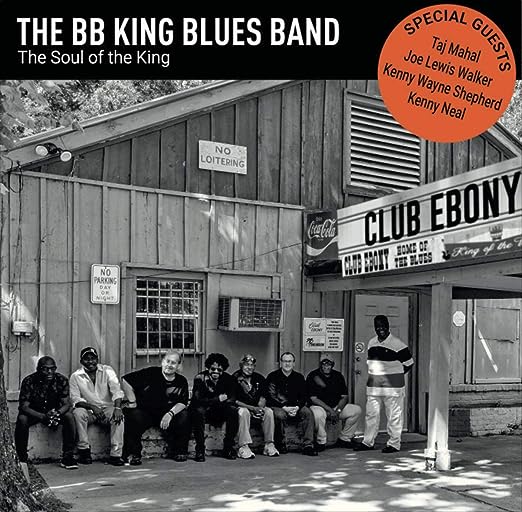 B. B. King Posters, Photoss 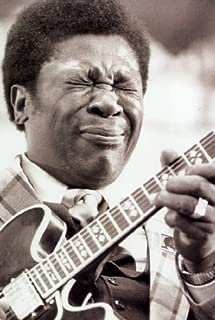 B. B. King MP3 Downloads